I began working in digital when I created my first website for my photography business in 1997. From there I moved into what was then called multimedia, heading up a new department at London events company Concise where we produced websites and CD-Roms to support live events.

In 2004 I set up my own digital agency, pixel1024, specialising in B2B sites and interactive media press packs. Close collaboration with two other agencies led to the formation of FP Creative in 2010, where I was co-owner and Digital Director. I led a team of UX and UI Designers, Developers and content specialists as we continued to grow the business, delivering a suite of digital products including mobile apps and websites. FP Creative has since rebranded as Foxtrot Papa. 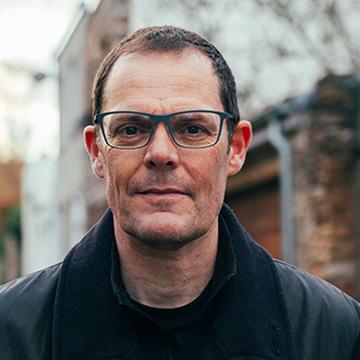 In 2015 I moved from London to Bristol and worked as Technical Director at Modular Digital. I also joined the board of Trustees at Frank Water, an international development charity and social enterprise. Here I was instrumental in the setup of the new Frank Water website by establishing a collective of digital professionals who volunteered their time and creativity - see blog for more.

Having somewhat moved away from hands-on programming and into agency and product management, I made the decision to switch back. I enrolled at Treehouse on a Python Web Development Techdegree course at the start of 2019.

Once I graduated, I was able to move directly into commercial development work. Since then, I have been building a comparison engine and API for startup Avoir Fashion, working with the team at Illustrate Digital. In addition, I’m delivering project work for openDemocracy, supporting their Wagtail website.

Finally, a mention for gidsey.com, my personal photography website and blog, originally a WordPress site but now rebuilt in Wagtail.

Below are some of the brands and organisations that I've worked with.

If you have a project you would like to discuss, please get in touch.